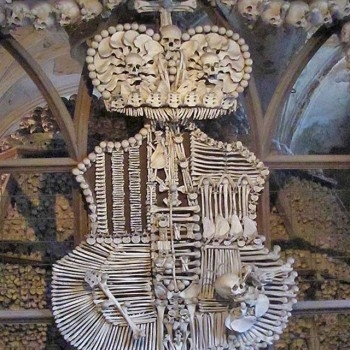 Kutna Hora was once called the jewel and the treasury of the country thanks to its silver mines supplying silver for most of the medieval currency. Kutna Hora is part of the UNESCO heritage. It will amaze you with its marvelous churches, such as the Church of St Barbara - the largest cathedral in Central Europe, the Italian Court and the spooky Sedlec Ossuary.

Why is the Sedlec Ossuary decorated with bones?

People often wrongly talk about the peculiar "bone church of Prague" while actually referring to the ossuary in Kutna Hora, a small chapel located in the underground of the Cemetery Church of All Saints in the Sedlec quarter. The chapel was built in the 14th century reminding the Hakeldama chapel of Jerusalem. In 1511 a half blind Cistercian monk started arranging the bones of 40,000 dead people from the abolished cemeteries into macabre ornaments (most of the people died during plague epidemics and the Hussite wars).

The standard tour of Kutna Hora includes entrance to the St.Barbara's cathedral, the Italian Court and the Sedlec Ossuary.

What to see in Kutna Hora? 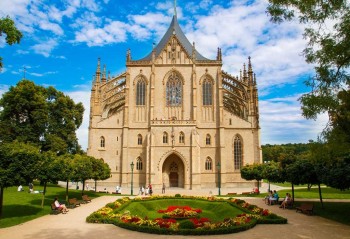 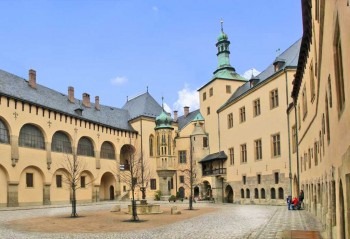 The Italian court was founded in the 13th century when the silver ore was discovered. It first served as a mint, later a royal palace was added. 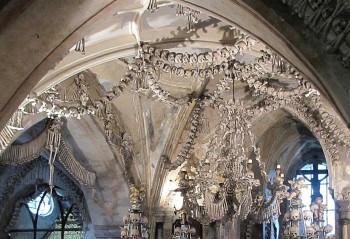 A chapel built upon the cemetery from the 12th century is decorated with thousands of bones from abolished cemeteries. 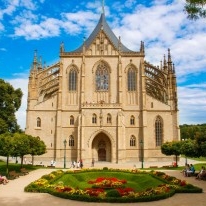 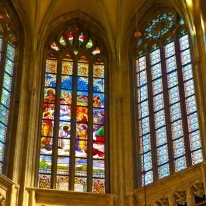 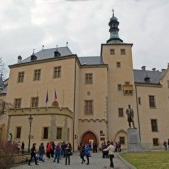 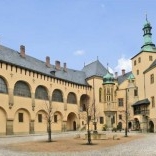 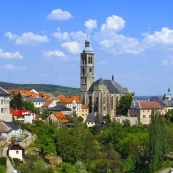 Our private tours to Kutna Hora from Prague start at your hotel when our guide (or our English-speaking driver if you did not order a throughout guide) picks you up. The trip from Prague to Kutna Hora takes about 1 hour by car.

Once we arrive, the city tour starts - either with our throughout guide, the local guide or with our driver only. The city tour usually takes 3 hours and typically includes the entrance to the St.Barbara's cathedral, Sedlec Ossuary, and the Italian court. We will also see the St.Jacob's church and the Church of the Assumption of Our Lady from the outside. The tour is followed by free time for lunch (the guide can recommend a restaurant). We will take a walk in the center, but we can move between the sightseeing spots by car.

A little bit of history and useful information

The early history, even the foundation, of Kutna Hora revolves around the silver mines that made this city one of the richest and most important in medieval Bohemia after Prague for a certain period of the 14th and 15th centuries. The first evidence of mining in the area goes back to the 10th century, but it was the discovery of major silver deposits in the 13th century that changed the future of the little village.

Much of the wealth went towards the development of Prague from Kutna Hora and also to the construction of a number of impressive buildings in Kutna Hora itself. The oldest among them is the church of St. James (Sv. Jakub), though it pales in contrast to the artistic Cathedral of St. Barbara, which is one of the grandest cathedrals in Central Europe. The construction of the church dedicated to St. Barbara, patron of miners, probably began in 1380 and the chapel and choir were completed in 1420.

Unfortunately for Kutna Hora, the silver mines began to run out in the 16th century, and the last groschen was mined in 1549. The production of silver in the town had reached such a state in the 17th century that pillaging Swedes were bought off with beer, not silver, during the Thirty Years' War. The fortunes of the town continued to decline until in 1727 the mine was finally closed down completely.

Where is Kutna Hora?

The mysterious medieval town of magnificent churches and the bone chapel