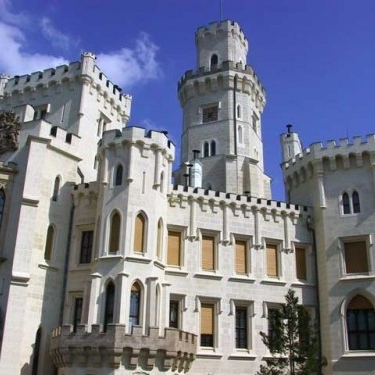 The town of Cesky Krumlov is a jewel in the crown of medieval architecture. Cesky Krumlov, together with its large manor house is an enchanting composition of a town and landscape - and rightfully deserves to be as a whole included in the UNESCO list of World Heritage and recognized as part of the cultural possessions of all mankind. Ceske Budejovice was founded by Hirzo, a knight of King Ottokar II of Bohemia, and was granted its Municipal charter in 1265. Ceske Budejovice has long been well known for the beer brewed there since the 13th century. For a time the town was the royal brewery for the Holy Roman Emperor, and Budweiser Bier (beer from Budweis) became one of the best-known lagers. Budweiser Budvar Brewery - founded in 1895, has legal rights to market its beer under the "Budweiser" brand name in much of Europe. Hluboka - the original royal castle of Premysl Otakar II from the second half of the 13th century was rebuilt by the end of the 16th century by the Lords of Hradec. It received its present appearance under Count Jan Adam of Schwarzenberg. According to the English Windsor example, architects F. Beer and F. Deworetzky built a Romantic Neo-Gothic chateau, surrounded by a 1.9 square kilometres (0.73 sq mi) English park here in the years 1841 to 1871.

The tour includes visit to the Cesky Krumlov Castle, Hluboka castle and to the Budweiser Budvar brewery in Ceske Budejovice.

Hluboka is one of the most romantic castles in the Czech Republic. It takes about 2 hours to get to Hluboka from Prague by car. 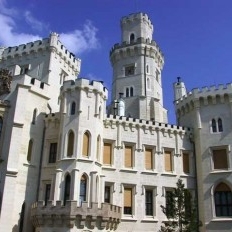 Hluboka is one of the most beautiful castles in the Czech Republic. This famous place started as a Gothic castle about 1250 and it was turned into a Renaissance chateau in 1562. A century later the Schwarzenberg family bought the Hluboka castle and rebuilt it into Baroque styled chateaux. Between 1841 and 1871 it was rebuilt again onto today's picturesque Tutor Gothic style (based upon Windsor Castle in England). This typical English style castle gives Hluboka a fairy-tale appearance.

The chateau area includes an extensive English style park and a riding school. The interior contains impressive collections of Flemish tapestries, arms, furniture, porcelain, and paintings. The collection of flam's wall carpets, most of them collected in 17th and and 18th century is very special.

Ceske Budejovice (or Budweis in German) is a historical town famous for its Budweiser Budvar beer production. It takes about 2 hours to get to Ceske Budejovice from Prague by a car. 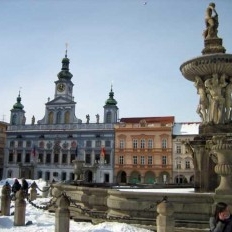 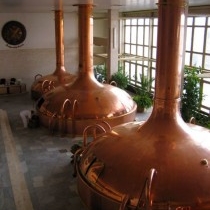 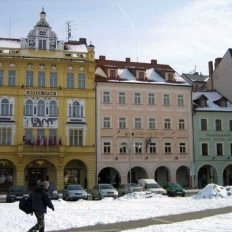 Ceske Budejovice (also known as Budweis in German), the capital of South Bohemia, was founded in 1265 where river Malse joins river Vltava (Moldau in German). Ceske Budejovice soon became an important centre because of the silver mining and the beer production.

We recommend to visit The Premysl Otakar II square, which is one of the most beautiful squares in the Czech Republic. The 18th century Baroque Samson’s Fountain, consisting of a statue of Samson fighting a lion, is situated in the centre of the square which is surrounded by Baroque burgher houses with arcades. The most important building at the square is the historical City hall. Another point of interest should be the 72-meter high Black Tower, the tallest building in the town, the Dominican Monastery and Church of the Sacrifice of Our Lady of 1265 – the oldest surviving city monument.

Brewing is the major industry in Ceske Budejovice and along with Pilsner Urquel from city of Plzen, Budweiser Budvar from Ceske Budejovice is one of the best-known beers from the Czech Republic. The brewing tradition dates back to the 13th century and for a time the town was the royal brewery for the Holy Roman Emperor. The Budweiser Budvar provides 60 minute-long guided tours for tourist. We recommend to book the guided tour in advance.

Krumlov is a colorful historic town. Its center and a castle are inscribed in UNESCO. It is located about 30 minutes drive from Ceske Budejovice. 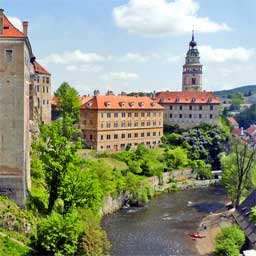 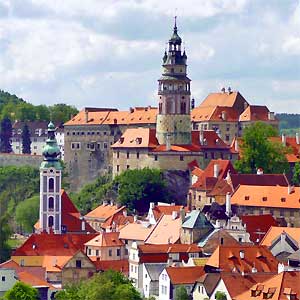 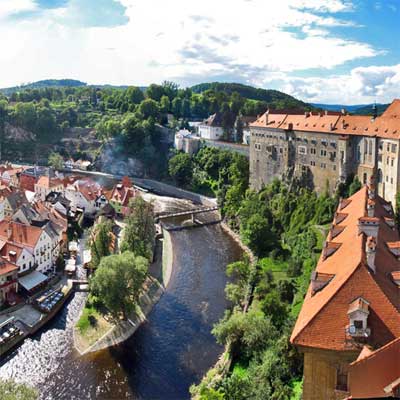 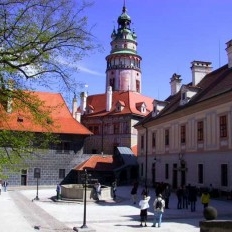 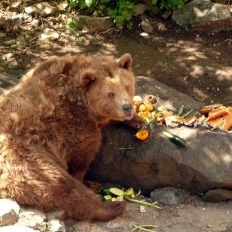 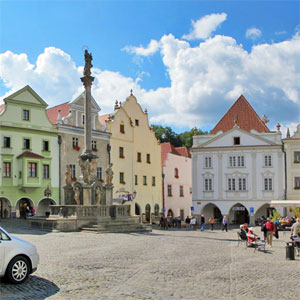 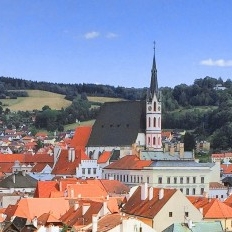 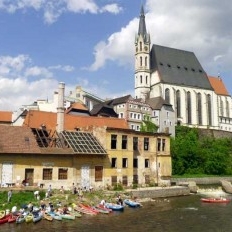 This medieval town is one of the most important tourist attractions of the charming South Bohemia. Its fairy-tale-like centre was enscribed in the UNESCO List in 1992. The landmarks are the castle and the St.Vitus church.

The Gothic castle based on a hill above the meandering river Vltava has been guarding the town since some time before 1250 when it was built by the lords of Krumlov. After the Thirty Years' War, the whole country was suffering from stagnation in all areas. However, thanks to Johann Christian I von Eggenberg, arts, construction activities and farming flourished in town around 1680 and the town surmounted the period of provincial backwardness. Johann Christian I. von Eggenberg transformed the castle into an impressive Baroque seat.

There are over 300 buildings in the historical centre of Cesky Krumlov which is included UNESCO and the castle is the 2nd largest castle complex in the Czech Republic. Its theatre is the oldest Baroque theatre in the world.