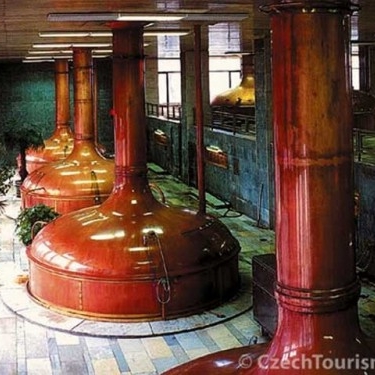 The trip to Plzen from Prague offers sightseeing in the historical center, visit to the Plzen underground and/or visit to the Prazdroj brewery. Plzen is located in western Bohemia and was first mentioned as a castle in 976. The most prominent sights of Plzen are the Gothic St. Bartholomew's Cathedral, founded in the late 13th century, the tower of which is the highest in the Czech Republic, the Renaissance Town Hall, and the Moorish Revival Great Synagogue in Plzen, the second largest synagogue in Europe. There is also a 20 km historic underground tunnel/cellar network, among the longest in Central Europe. Part of this network is open to the public. Plzeň is also well-known for the Pilsner Urquell (since 1842) and Gambrinus (since 1869) breweries. A popular tourist attraction is the Plzensky Prazdroj brewery tour where visitors can discover the history of beer. The pilsner style of beer was developed in Plzeň in the 19th century.

This tour includes visit to the Prazdroj brewery (where Pilsner Urquel beer is made), Brewery museum, historical underground and a walking tour in the old town.

Plzen is an old town located about 100 km west from Prague. Apart from its historical town center, it is also famous for the production of Pilsner Urquel beer in the Prazdroj brewery. It takes about 1.5 hours to get to Plzen from Prague. 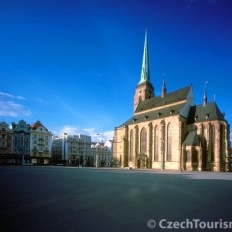 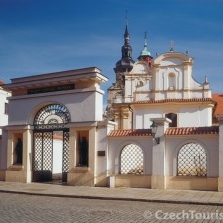 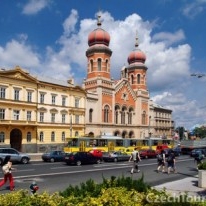 Plzen (also known as Pilsen in German), the capital of West Bohemia, was founded by the Czech King Wenceslas II. The eventful history of the city can be seen during the sight-seeing of many interesting buildings. Today's Plzen counts 173 000 inhabitants and is a significant cultural, business and industrial centre, famous mostly due to the Pilsner Urquel beer produced in the Prazdroj brewery and the heavy machinery factories Skoda (different from the Skoda car producer).

In 1295, the city of Nova Plzen (New Plzen) was founded by the Czech King Wenceslas II. New Plzen was growing very rapidly and soon became not only an important commercial center, but also the third Royal Town in Bohemia following Prague and Kutna Hora.

As early as 1468, the first Czech book, the Trojany's Chronicle, was printed in Plzen. The Renaissance period, identified by lively ties with Nurnberg and Regensburg, represents a period of great prosperity in Plzen's history. This period of prosperity was disturbed by the so called Thirty Years War. In 1618 the city of Plzen was conquered for the first time in its history by protestant armies.

A new period of growth came as late as the 19th century with the onset of Industrial Revolution. The world-known burgher, Prazdroj brewery, was founded in 1848, engineering Skoda Works were founded in 1859, and an extensive railroad network was built in the period 1861 to 1876. Furthermore, the Grand Theatre, the West Bohemian Museum and the Jewish Synagogue date back to this period. The city of Plzen strode into the 20th century as a developed industrial, economic and cultural
city, but soon experienced difficult setbacks of an economic crisis and two world wars. Plzen was liberated on May 6th, 1945, by the American army led by General G. S. Patton. After that, the city, as well as the rest of the country, were to ride out more than 40 years of totalitarian communistic dominion.

Plzen has preserved its prominent position among Czech towns until the present day, 700 years after its foundation. With a population of more than 173,000 it is an important cultural, economic, transport, commercial and industrial center, known primarily for the products of Pilsner brewery and Skoda works.

The capital of West Bohemia is nowadays again a sovereign city boasting with number of historic monuments. Among them are 13th century St.Bartholomew's Church, Renaissance town hallreconstructed by Italian master-builder Giovanni de Statia in the mid 16th century, the unique Brewery Museum, the historic underground with medieval cellars, Franciscan monastery and the Church of St.Anna. All these attractions make up a part of the original checker board ground plan of the historic downtown, which was declared an historic town reservation in 1989.

The construction of Plzen historical underground began during 13th century and finished during 19th century. The underground is constituted by two- or three-level cellars, that were used for preserving food, for manufactures, for malt-houses and wine-vaults. These cellars were also used for technical purposes as galleries bringing water to the water supply tower and as sewage and wells. The oldest houses were located in the front parts of the lots, in the back-yards were situated stables, sheds, free yards and wells. Large number of wells at a restricted area dissolved the level of bottom/lower water in the whole town. Dry wells were secondarily used as cesspools.